As people are the key to achieving the company's vision, we are committed to develop our employees and create a highly motivating and rewarding environment for them. 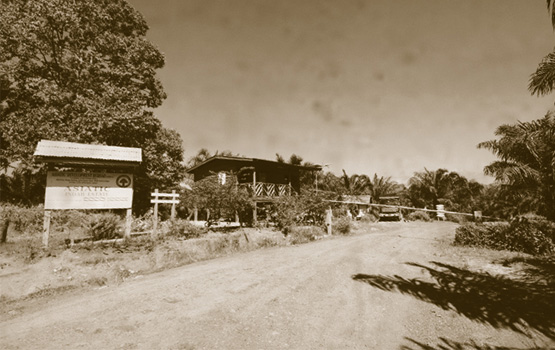 Genting Plantations Berhad (“Genting Plantations” or “the Company”) was incorporated as a private limited company on 29 September 1977. It commenced operations in 1980 as the plantation arm of the Genting Group, founded by the late Tan Sri Lim Goh Tong, and in 1982, it gained a listing on Bursa Malaysia, then known as the Kuala Lumpur Stock Exchange. Since the commencement of operations, Genting Plantations has successfully transformed itself from a modest, predominantly rubber-based enterprise into one of the region’s leading oil palm plantation groups. Starting with a mere 13,700 hectares in West Malaysia in 1980, Genting Plantations’ landbank has increased by leaps and bounds to about 243,400 hectares currently, spread over Malaysia and Indonesia. The rapid expansion of Genting Plantations’ landbank in Malaysia occurred primarily during two major waves of greenfield and brownfield acquisitions in Sabah, namely between 1988 and 1991, when the Company acquired 21,863 hectares, and between 2001 and 2004, when it acquired a further 25,706 hectares. With the availability of arable land becoming scarce domestically, Genting Plantations moved to tap the attractive opportunities overseas by venturing into Indonesia. In June 2005, the Company embarked on its maiden foray in Indonesia by establishing a joint venture to cultivate oil palms in West Kalimantan, Indonesia. In demonstrating its confidence in the long-term prospects of the oil palm plantation business, Genting Plantations has continued to strengthen its foothold in Indonesia by entering into other joint ventures. To date, Genting Plantations is developing some 178,900 hectares in Indonesia, in West, Central and South Kalimantan, and continues to explore opportunities to increase its landbank further. As part of its upstream plantation operations, Genting Plantations has also invested in oil mills in strategic locations over the years. Currently, the Company owns twelve oil mills, comprising one in West Malaysia, six in Sabah and five in Indonesia, with a combined capacity of 665 metric tonnes per hour. The progress achieved by Genting Plantations over the years goes beyond just landbank expansion. Consistently achieving productivity standards well above the industry average, the Company is today widely-recognised in the investment community as one of the best-managed and lowest-cost palm oil producers. Nowhere is the remarkable growth achieved by Genting Plantations more evident than in the Company’s solid track record in growing its profits and generating positive returns for shareholders year after year. The Company is also an industry leader when it comes to conservation and respect for the environment. 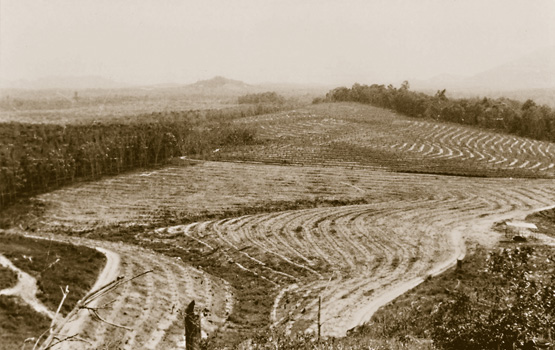 Genting Plantations positioned itself at the forefront of cutting-edge scientific research for crop improvement with the establishment of its wholly-owned subsidiary ACGT Sdn Bhd in 2006. Set up as a centre of excellence in genomic science, ACGT aims to develop solutions to increase productivity and enhance value creation from the oil palm and other crops. It has been awarded BioNexus Status by Malaysian Biotechnology Corporation Sdn Bhd, an agency under the purview of the Ministry of Science, Technology and Innovation. In 2014, Genting Plantations embarked on a journey that will see the Company transform into a fully integrated palm oil producer. The downstream venture involves the setting up of Genting Integrated Biorefinery Complex, which main feature is a 240,000 mt/year-capacity metathesis biorefinery. To complement its biorefinery, a 600,000 mt/year-capacity palm oil refinery has been set up in collaboration with Musim Mas Group, one of the world’s leading palm oil refiners. While the oil palm plantation business remains the core activity of Genting Plantations, the Company has diversified into property development to unlock the value of its strategically-located landbank through its wholly-owned subsidiary Genting Property Sdn Bhd. Starting with its maiden project, Genting Cheng Perdana in Cheng, Melaka, in 1993, Genting Property has since established its reputation as a developer of quality residential and commercial properties, and is currently developing two major mixed development projects, namely Genting Indahpura in Kulai, Johor and Genting Pura Kencana in Batu Pahat, Johor. In December 2011, Genting Plantations officially opened Johor Premium Outlets®, the first Premium Outlet Center® in Malaysia and Southeast Asia, under a 50:50 joint venture with the Simon Property Group of the US. The centre is located at the intersection of the North-South Expressway and Second Link Expressway and is about an hour’s drive from the City of Singapore. Johor Premium Outlets is a collection of 150 designer and name brand outlet stores featuring savings of 25% to 65% every day with a gross leasable area of 313,000 square feet. Johor Premium Outlets was awarded the “Best Brand in Retail – Outlet Shopping Destination” at the BrandLaureate BestBrands Award 2012-2013. A second Premium Outlet Center, Genting Highlands Premium Outlets® opened in June 2017, with gross leasable area of 275,000  square feet and 150 name brand outlet stores.